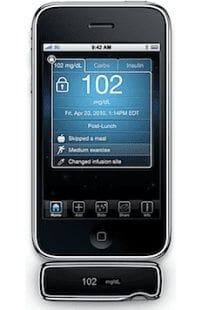 Medical devices have become such a vital part of modern healthcare that practically no diagnosis or treatment is possible without them. According to the WHO, there are about 1.5 million medical devices available today, ranging from low-cost devices like the thermometer and stethoscope to expensive, highly sophisticated devices like MRI and chemotherapy machines. With the increasing complexity and connectivity of medical devices, the role of medical device software development is becoming more crucial.

Medical software applications are designed to give devices a range of functionalities. For example, in addition to enabling a device to interact with the human body, a device could perform a host of other functions such as measuring blood sugar levels, monitoring heart rate and dispensing medication. Today’s medical devices are also capable of communicating with each other wirelessly and over the internet to other devices and applications, magnifying the importance of software to process and display accurate information for various users.

The term “medical software” has been in use since the early 1980s, when advancements in software technology made it possible to build software-driven medical devices. The early software programs were little more than control programs that switched the device on and off and displayed readings like temperature and pressure. As devices became more complex, so did their software. In addition to the controlling and monitoring of the devices, advanced software functions began to emerge.

Today’s medical devices are increasingly embracing wireless communication technologies, such as Bluetooth Smart and IrDA, which give them the capability to connect to computers, tablets, smart phones and other medical devices and exchange information, either in real time or asynchronously. Furthermore, software applications that can operate across different platforms have made it possible to connect diverse devices with one another. This connectivity has made it possible for doctors to diagnose and treat patients remotely.

Examples of the integration of wireless technology in medical devices include Remote Patient Monitoring (RPM) and Medical Body Area Networks (MBAN). RPMs are wearable sensors that collect data and send it directly to the doctor. These devices are driven by software applications that allow them to talk to other wireless-enabled devices and transmit data over the internet using internet protocol.

Medical software applications are also becoming increasingly independent of hardware. This means that the same application can run several devices that perform the same functions. Conversely, a device doesn’t need to have embedded software because it can host different software applications at different times. The applications can be downloaded from the internet to a computer or smartphone by connecting the device to them. It is estimated that there are already a million or so medical apps that can be accessed this way.

Downloadable apps can also be used to activate and run medical devices connected to the computer or smartphone on which they reside. For example, the Ultrasound Virtual Medical Device is a portable handheld device that can be connected to a computer or smartphone that runs the software to operate the device. This makes it easy to view, analyze, store and transfer data.

Advancements in medical software have made it easier for doctors to diagnose diseases/conditions and determine the appropriate treatment method. Whereas, in the past, they used to rely on their experience and intuition, now they depend on intelligent devices to help make a quick and accurate diagnosis. This has helped save millions of lives that would otherwise have been lost due to inaccurate or delayed diagnosis and treatment methods.

Ensuring the accuracy and consistency of data is more important than any other feature that a medical device offers. For example, a glucometer that gives the wrong blood sugar level reading can cause serious injury to a diabetic patient who relies on it and may even cause his/her death.

With demand for “intelligent” medical devices on the rise, the importance of medical software is also increasing. Today’s health professionals expect a medical device to take care of major portions of diagnosis and treatment so that they can attend to a large number of patients in a short time. In the same way, patients who use medical devices want the devices to reduce the number of doctor or hospital visits.

The increasing importance of medical device software development can be gauged from this statement by Martin Bakal, IBM Rationale’s embedded device specialist: “Once, hardware was king. Older systems used software, of course, but it was not the main focus, and there wasn’t much of a user interface. Software was primarily used for algorithmic work. Now, with complex UIs, easy-to-use-at-home medical devices, systems, etc., software has taken on a much more vital role.”